Easter Sunday or as some people are calling it Resurrection Day never falls on the same week two years in a row.  This is due to when the Jewish Passover holiday happens which depends on the cycles of the moon. It is the first Sunday after the first full moon of the vernal equinox (Spring).

Holy Week starts with Palm Sunday then on the Thursday of the week there is Maundy Thursday, then Good Friday, then Resurrection Day also known as Easter Sunday.

The message of Resurrection Day is more important than Christmas as Jesus the Christ suffered in our place and died for our sins and rose with us from the grave to conquer death once and for all for us.  Jesus died a humiliating death in public at the hands of a conquering empire nation that worshipped multiple gods that ruled in Judea–the Romans.  The Cross was used for torture and for executions for non-Roman Citizens.  Romans would be beheaded much like Paul of Tarsus, an apostle of Jesus Christ was decades later. Often those who were crucified would take days to die.  Gall a mixture would be offered to those on the cross with a sponge as it would put the person into a drunk state so they would not feel as much.  Jesus refused it.  Jesus surprised the Romans that he died so quickly on the Cross.

The Romans as occupiers of Judea (later in 70 AD after getting tired of the Judeans they destroyed Jerusalem and scattered the Jews, then called the area Palestine) did not have a personal beef with Jesus so they scourged him.  Scourging was done with a cat-o-nine-tails (a whip of sorts).  Sometimes people were so severely beaten they died from the shock.  Jesus survived this process and the Romans were fine with this punishment, but from pressure by the High Priests  and in order to prevent an uprising they crucified Jesus.  Against some people’s idea who claim to be Christians this was the reason why Jesus was born–to suffer for us and to die for our sins.

The Good News is that Jesus rose from the tomb on Resurrection Sunday early in the morning on the third day.

While some people Christians, Jews, and Muslims will question if he was really dead.  The example of the Roman soldier thrusting a spear through Jesus’ heart to see if he was dead concludes he was dead as no one could live through that sort of trauma.  Some will also use their finite knowledge to say the disciples and Mary Magdalene saw a ghost of Jesus after he left the tomb, there is a great story after the resurrection in John 21: 1-14. Jesus comes to Peter, Thomas, Nathanael, the sons of Zebedee and a couple of other disciples.  They are out fishing on the Sea of Galilee.  They’ve been out all night and they had nothing to show for it.  Jesus tells them to cast their nets to a side of the boat and they do.  The catch is so great that they call in another boat to help pull in their nets.  When they are nearing the shore, Peter recognizes Jesus on the shore and is so thrilled to see him he dives into the water and swims to the shore.  On shore Jesus eats a breakfast of fish with his friends who had been his disciples.  How could a ghost eat?

The Resurrection Day story is so meaningful to Christians in however you celebrate it.  Though be wary when your traditions begin to cloud the meaning or eventually push the meaning out it.  It will be easy for non-believers to marginalize and eventually shut it down as they currently seem to be doing as a matter of public policy.  It seems it took a long time to be able to sort out how bunnies and eggs how they fit in with the Resurrection story.  They don’t.  The Resurrection story was merged in with a Pagan fertility holiday of the Romans and it was called Easter–it was a compromise to help non-believers to believe in the Resurrection Story of Jesus. This is lesson to people everywhere to not mingle evil in with good, the result is not good but a lot of confusion which is a derivative of evil.

There are many lessons derived from Jesus’ death on the Cross and his Resurrection from the Tomb, we can’t list them all here.  To find out more find a Bible Based Church (avoid the social justice only ones) and join a Bible Study.  The Bible Study group in the White House President Donald Trump belongs to is called Capitol Ministries. 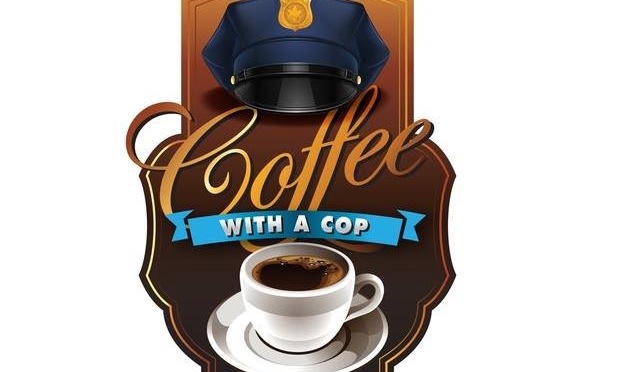 Meet the Central District officers, ask questions, and learn more about the officers that work in your community. This is an opportunity for positive dialogue and community engagement.

Can’t make March, 21st, 2018, a second opportunity  the morning of March 29th, 2018 at White Castle on White Bear Ave. Enjoy a cup of coffee with some East District police officers.  Use this as an opportunity to ask them questions and have a dialogue to get to know your officers in East District better.

Coffee with a Cop is coordinated by the SPPD Engagement Unit:

How is the SPPD Doing?
Police Community Feedback Form

Would you like to compliment a Saint Paul Police Department employee?
Form to Compliment an SPPD Employee

When the Minneapolis Central Library was bulldozed in 2002 to build a larger building, its planetarium was not included in the final design.  Since the construction of the new Library building and it’s opening in 2006, Minneapolis and the Twin Cities area has been without a public planetarium, except for the Como Park Elementary Planetarium, called simply Como Planetarium.

Como Planetarium isn’t always open to the public, just on certain days of the month, for birthday parties, special events, and after regular school hours have ended.

It is a 55 seat planetarium and by the looks of the video, a fun way to learn about the universe around us.

There is a day for Homeschoolers twice a month on Mondays during the day, see the calendar at the bottom of the link.

Amateur Astronomy in the Twin Cities

Also at the Tate Laboratory for Physics and Astronomy on the University of Minnesota Campus there is a Public Telescope Viewing.  Atop Tate Physics building on the Mall (map) sits a dome that has a schedule for amateur astronomers from the public to use their telescope to view the sky.

We are posting this as a courtesy to Como Park Elementary School, and Como Planetarium.  We had our 2018 Precinct Caucuses at the school.  We are not associated with the school, and we do not receive any money from the sale of their tickets.  We provided a link to make it easier for you to purchase a ticket.  I am a graduate of the University of Minnesota’s Institute of Technology, and I’m an amateur, backyard astronomer.

Caucus: What and How Training